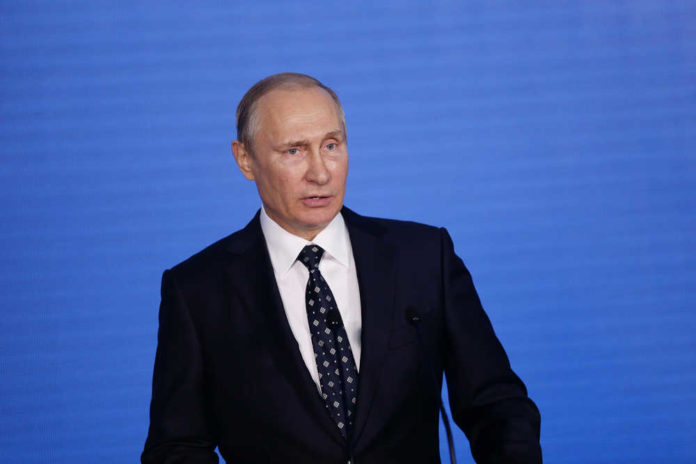 Heads are starting to roll at home as Russian President Vladimir Putin seeks vengeance on intelligence and military officials for the unforeseen difficulty of securing Ukraine.

Multiple reports say two top officials with the Russian Federal Security Service (FSB) are under house arrest. Colonel-General Sergei Beseda, Chief of FSB’s “Fifth Service” and his deputy are both charged with providing improper intelligence reports and improper use of funds. The Fifth Service is akin to the CIA’s intelligence operation.

Russian dissident Andrei Soldatov, who operates a website that monitors the FSB and other Kremlin agencies, says officials have searched residences of 20 of Beseda’s colleagues suspected of contacting journalists. Analysts believe Putin feels increasingly trapped after miscalculations of how strong the Ukrainian defense would resist and how technology is spreading images of the carnage into homes around the world.

In short, Putin both feels misled by his intelligence services and believes funds meant for subversive activities in Ukraine may have been spent on an imaginary network of spies and saboteurs. Some also question how U.S. intelligence was so accurate before the invasion and if there was a source in the FSB.

There are also reports emerging that several Russian generals have been fired, and just last week Putin issued a call to rid the country of “scum and traitors” in a national “self-purification.” At least eight generals are thought to have been replaced, and a Pentagon official on Tuesday said the Russian military has lost over 10% of the combat force sent into the country less than a month ago.

These actions, while echoing Soviet-era dictator Joseph Stalin’s purges of millions deemed as untrustworthy, are more likely Putin’s attempt to deflect blame for a military operation that has decidedly not gone as planned.

Since its Feb. 24 invasion of Ukraine, Russia’s military has been beset by a host of issues beyond the unexpectedly fierce resistance of Ukrainians defending their homeland.

And with Putin now on the warpath in the search for those responsible, it is critical that both the Ukraine and Western allies be aware of the danger of a cornered strongman who feels he has nothing to lose.