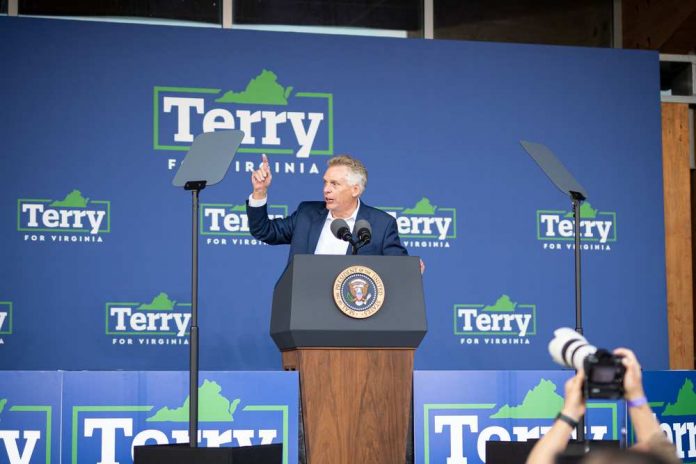 The rhetoric from Democrat Terry McAuliffe is heating up even more than usual as the Virginia gubernatorial election finally draws near. On Wednesday, McAuliffe told the Virginia Chamber of Commerce in a campaign appearance that “women CEOs” will not open or move businesses in a state “where someone is banning abortions.”

In his remarks, McAuliffe proudly declared that he kept all 16 abortion clinics in the state open during his time as Virginia’s governor. He previously served as governor from 2014 to 2018. He promised that if he is elected again, he will ensure that abortion laws and procedures in the state are “open and welcoming.” He has admitted in the past that if he has the opportunity, he will sign an act that permits abortion on demand at any time before birth.

Planned Parenthood and NARAL Pro-Choice Virginia have both contributed to and endorsed McAuliffe’s campaign. The latter is pro-abortion and linked with the National Abortion Rights Action League. It has also backed the “defund the cops” campaign in Virginia.

Since his first campaign for governor in 2021, McAullife has received over $2 million in donations from PACs controlled by NARAL and Planned Parenthood associations.

It is easy to chalk McAuliffe’s latest comments up to being overheated campaign talk, as it is evident that there are female CEOs everywhere in the country and around the world who would not disqualify Virginia as a business location because of abortions restrictions. Many female business leaders would consider such restrictions a positive advantage for the state.

What is most likely is that McAuliffe has decided to go all-in on the most radical progressive language he can muster to motivate his liberal base in the counties surrounding Washington, D.C.

Recent polling indicates that the race for governor is essentially dead heat as the November 2 election approaches.