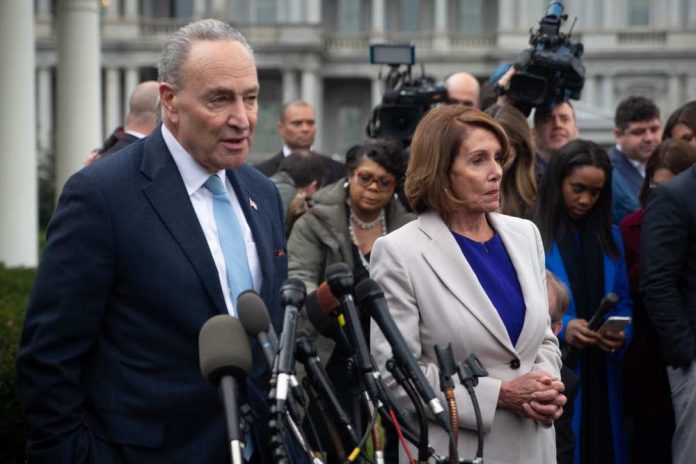 Manchin released a statement on Wednesday reaffirming his opposition to the sheer size of the reconciliation plan. He refused to endorse the broad expansion of government programs demanded by the dozens of members of the House Progressive Caucus. Manchin said that “we can’t even pay for the essential social programs,” citing the fiscal troubles facing current levels of spending on Social Security and Medicare.

Manchin statement: “While I am hopeful that common ground can be found that would result in another historic investment in our nation, I cannot – and will not – support trillions in spending or an all or nothing approach that ignores the brutal fiscal reality our nation faces” pic.twitter.com/o4SfquXHOj

Manchin said that he favors forcing the wealthiest Americans to “pay their fair share.” He went on to say that levels of taxation should not damage the country’s “global competitiveness” or cripple small businesses.

He went on to discuss his concerns about the increasing price inflation facing the nation, saying that refusing to address the likely impact of such colossal spending increases “ignores the everyday reality” of an “unavoidable inflation tax.”

Manchin said that federal spending must be “balanced with what we need and can afford” and should not “re-engineer the social and economic fabric” of America.

Sen. Kyrsten Sinema (D-AZ) has also expressed significant reservations about supporting the reconciliation bill in its current form, creating even greater doubt that the bill can pass the Senate. As a reconciliation bill, the measure will require the vote of all 50 Democratic senators and the tie-breaking vote of Vice President Kamala Harris.

After deciding against bringing the infrastructure bill to a vote on Thursday, Pelosi was reported holding “in-person discussions” with Manchin and Sinema, along with socialist Sen. Bernie Sanders (I-VT) and officials from the White House. Pelosi reportedly offered a $2.1 trillion spending reconciliation bill to Manchin, who said his number remains $1.5 trillion.