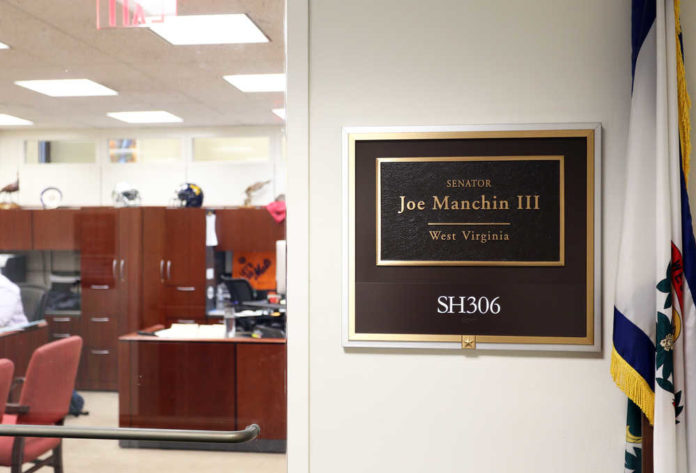 Sen. Joe Manchin (D-WV) has enjoyed a position in the makeup of the Senate since 2020 that has made him one of the most powerful politicians in Washington. As a moderate senator from deep-red West Virginia, he has been in a strong position to exact compromise from his fellow Democrats in exchange for his essential vote.

Manchin now finds himself caught between progressive Democrats who oppose relaxed oil and gas permitting to address America’s energy supply crunch and his constituents back home who are rapidly turning away from him for allowing the $740 billion “Inflation Reduction Act” to pass without a single GOP vote.

After voting for the spending spree amid crushing inflation, Manchin’s favorability rating in West Virginia plummeted by 29 percentage points. A Triton Polling and Research survey found that a whopping 66% of respondents said they had an “unfavorable impression” of Manchin.

When he announced that he would support the spending bill, Manchin attempted to appease his home voters by saying that he had a “commitment” from Senate Majority Leader Chuck Schumer (D-NY) and Speaker Nancy Pelosi (D-CA) that they would advance a series of reforms this fall that would streamline domestic energy production permits on federal lands.

Manchin added that he had an agreement from the Democrat leaders that they would take “all necessary actions” to grant permits for construction and operation of the Mountain Valley Pipeline, a project that Manchin has fought in the past to deliver to his constituents.

He told his voters that he had taken steps to “make sure that we get the permitting language that allows us to do what needs to be done in a shorter amount of time.”

Schumer and Pelosi appear set to include the permitting reform promised to Manchin in a continuing spending resolution needed to keep the government funded before the end of this month. However, the Democrat caucus has not expressed full support of that plan in either the House or Senate.

In fact, Sen. Bernie Sanders (I-VT) has already vowed that he will vote against any funding resolution that includes the permit reforms. He has described that proposal as a “giveaway” to oil companies.

Rep. Raul Grijalva led 70 fellow House Democrats in writing to Pelosi on Friday demanding that she not include the promised permit reform language in the funding resolution.

Manchin has already said that he plans to run for reelection to the Senate in 2024. Current polling shows that he would lose to any of the most likely GOP opponents he will face if the election were held today. His bargain to hand Joe Biden a huge win may spell huge trouble for his political future.