Voting rights have been progressing since the Constitution was written by the founding fathers. Thomas Jefferson said, “Governments are instituted among Men, deriving their just powers from the Consent of the Governed.”

The common theme from 1870 to the current period granted women the right to vote. According to the Constitution, black Americans have enjoyed voting since 1870 and in many individual states even before that date. But not according to Joyce Beatty!

Joyce Beatty said in a Tweet: “Black women are demanding OUR right to vote! We’re marching to the Senate to send a strong message. #OURPOWEROURMESSAGE”

What does she mean? The victim culture is fundamental in Beatty.

Donald Trump Jr. Snapped back in his usual hilarity, saying:

“This is terrible. I had no idea Black Women couldn’t vote. How is this not a bigger story?”

The idea of being a victim and reality can be so far off. In all of her delusional voting rights theories, Beatty responded by saying, “He’s messing with the wrong Member of Congress.”

Beatty was just arrested for protesting voting rights at the Capitol. She shouldn’t have even been protesting! To whom was she protesting? Who doesn’t have the right to vote?

By strengthening voting security, the rights of voters are expanding. If there is a question that you’re vote doesn’t count, or your vote was fraudulently cast, then you have no voting rights. Voting in the U.S. can’t have cracks in the process. Voting ultimately protects all other rights.

Beatty and other Democrats have “shown their crazy” with their outbursts, refusal to do their duty, being arrested for protesting, and calling others racist for protecting the voting process. 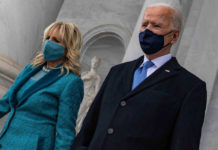