“This is life high school,” said Tulsi Gabbard when she sat down with Joe Rogan on the Joe Rogan Experience podcast. Gabbard was speaking about her time in Congress after getting elected in 2013.

Gabbard has been a moderate Democrat in her career and even served in the Hawaii Army National Guard with two deployments that got her a Combat Medic Badge and Meritorious Service Medal. Gabbard went on to say, “The power is in our hands, ultimately, in how we’re making decisions in choosing who gets to work for us.”

Gabbard was one of the strongest candidates in the 2016 Democratic Primary race but was not selected. In those debates, he destroyed Kamala Harris on her criminal justice record, noting that Harris prosecuted Marijuana charges to the fullest extent. And later then laughed about smoking Marijuana in her past and called Joe Biden out for his crime bill that disproportionately imprisoned Black Americans.

The Democrats in America are sick of the outrageous “woke” culture that has been implemented in their party. It doesn’t align with their views.

Politicians such as Alexandria Ocasio-Cortez are labeled as not having the ideals of the everyday Democrat. It’s easy to see when you spout out ideas such as having zero carbon emissions and no use of fossil fuels by the year 2031. How does she expect that to work? The American people are doing what they can to get by as is without the extra strain of Federal Government policies that would disallow you to use carbon emissions.

AOC, a self-proclaimed radical, hasn’t stopped there. AOC has been a massive supporter of the “defund the police” movement and raising taxes. The Democratic Socialist just doesn’t get it.

To appear tolerant, Democrats have taken arms with literally anybody in their approach of inclusivity and acceptance. Though it’s as subtle as a shotgun, it’s also ideas like this that are being brought up in lawmaking discussions.

Jordan Peterson said about identity, “I wasn’t going to allow the contents of my speech to be dictated by a virtue-signaling Government. When never in the history of an English common law society had a government dared to regulate the actual voluntary contents of someone’s speech except in a commercial situation.”

Peterson was speaking of the Canadian Government mandating the use of personal pronouns. Peterson is not against using pronouns to align with someone’s identity, but you cannot, as a Governmental body, mandate respect for speech.

When riots and protests were raging across the country in 2020, it was amazing to see the number of citizens who would go up to the police and say things such as “It’s crazy what’s going on, I’m sorry you have to deal with it.” Democrats don’t align themselves with the progressive mentality of the party anymore.

Eric Adams, a former Police Officer, just won the Democratic primary for New York Cities primary Mayoral race. It is a perfect example of the community disassociating themselves with this idea that Democrats align with radical agendas that progressive Democrats pose.

The midterm elections will be a stark reflection of what the American people honestly believe in elections.

Rep. Abigail Spanberger (D.-Va) encourages colleges to stop using the phrase “Defund the Police.” It may be a comfort to hear that, but what is more concerning is that Spanberger is urging her students to conceal their goals. The belief system will remain the same even if the wording changes.

In a world of clickbait ads and sound bites of aggressive “fight for the American people” style language in politics, we have to know that our leaders accurately represent us. The best and only way to do that is to vote them out. Support across the aisle if it’s necessary. If you agree with a candidate’s party, just because they have a Democratic or Republican next to their name doesn’t mean they represent your views. The only patriotic duty that the American people have left is to band together as Americans. 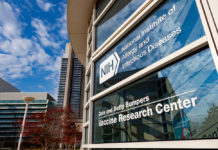