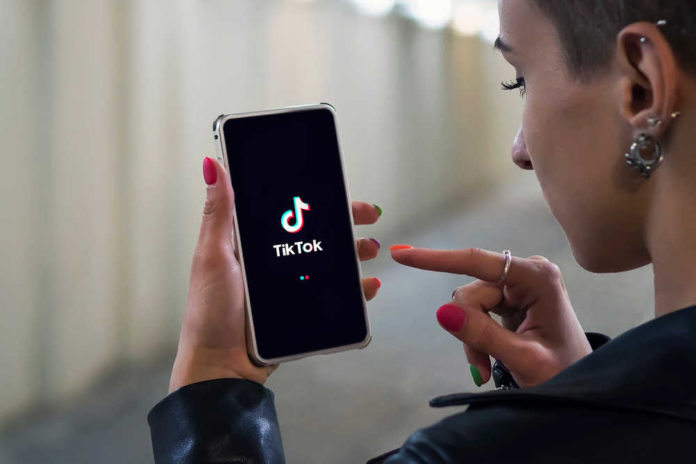 A Democratic congressman from Illinois is lending support to a bipartisan plan to ban the social media app TikTok in the United States as worry grows over the national security risks the platform poses.

Rep. Raja Krishnamoorthi (D-IL) endorsed the national ban on Tuesday, becoming the first Democrat to support the efforts by a handful of Republican lawmakers to have the Chinese-owned app banned. He signed on as a co-sponsor to a bill Sen. Marco Rubio (R-FL), and Rep. Mike Gallagher (R-WI) put forward in November.

Congressman Raja Krishnamoorthi is the first Democratic co-sponsor of a bill that would ban TikTok in the U.S. I talked with him about why:https://t.co/kehvUMTIa0

“At a time when the Chinese Communist Party and our other adversaries abroad are seeking any advantage they can find against the United States through espionage and mass surveillance, it is imperative that we do not allow hostile powers to potentially control social media networks that could be easily weaponized against us,” Krishnamooti said in a statement.

He added that the bipartisan legislation Rubio introduced would go a long way in protecting the United States from “the nefarious digital surveillance and influence operations of totalitarian regimes.”

Republicans have since expressed distrust for TikTok in light of information that the company, ByteDance, potentially provides users’ data from the app to the Chinese Communist Party as required by Chinese law.

President Donald Trump made calls to ban the app in 2020 but the executive order was revoked by President Joe Biden when he took office the next year. Some Republican-governed states like Texas, Utah, Carolina, South Dakota and Maryland have already banned the use of TikTok on government-issued devices.

However, there are calls for action from the federal government to prohibit the use of the app in the United States in general.

The Biden administration seems not to see a threat there as no significant step has been taken to protect American users from the risk of having their personal information weaponized against them.

Rubio hopes that the bipartisan ANTI-SOCIAL CCP Act he introduced will lead to the ban of the platform for all U.S. users. For the senator and many Republicans, Americans need to forget about the creative and fun videos made on the app and think about the amount of data it collects on “tens of millions of American children and adults every day.”

“We know it’s used to manipulate feeds and influence elections. We know it answers to the People’s Republic of China. There is no more time to waste on meaningless negotiations with a CCP-puppet company. It is time to ban Beijing-controlled TikTok for good,” he stated.

Gallagher also lent a voice to the movement, likening TikTok to “digital fentanyl.” He emphasized the danger behind using the app, which collects troves of users’ data and ultimately reports to “America’s foremost adversary.”

As the day goes by and the threat worsens, more Democrats might open their eyes to the danger of TikTok. Democratic chair of the Senate Intelligence Committee, Sen. Mark Warner, indicated this week that he is warming up to the plan.

Warner, a long-time critic of the app, reportedly shared in a video press conference that he has not endorsed the legislation because he is waiting for the Justice Department to devise a technical compromise with TikTok to protect American users. If the department’s answers don’t come soon, the senator believes a legislative approach would be necessary.