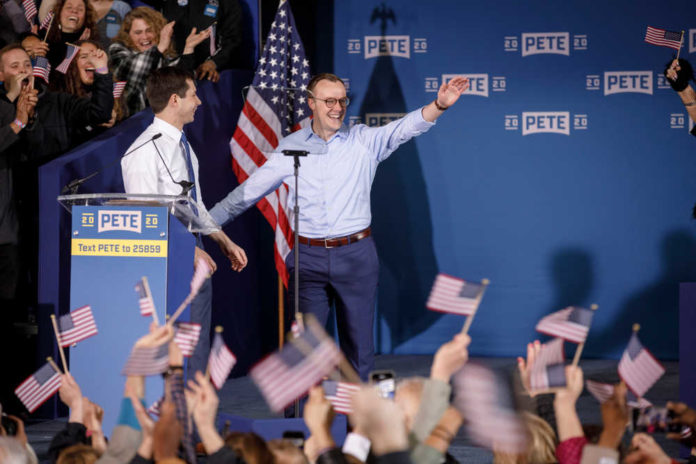 I am thrilled to be joining the team at KNP and to have the opportunity to share my experiences as a theater artist, middle-school teacher, and campaigner. https://t.co/S57uqoqTXe

After serving as a middle school teacher who got a book deal based on his husband’s failed presidential campaign, Buttigieg became a senior consultant for a communications firm that has received almost $1 million from democratic campaigns in the past 15 years.

In a press release, KNP’s Matthew Kohut stated, “Chasten brings a wealth of experience as an advocate who knows what it means to forge a meaningful connection with an audience. He understands that great communication begins with authenticity.”

Not ashamed of his lack of experience prior to becoming a senior consultant, Buttigieg said, “I am thrilled to be joining the team at KNP and to have the opportunity to share my experiences as a theater artist, middle-school teacher, and campaigner with our clients.”

The press release did not mention his husband.

This video of Buttigieg from 2021 shows him in front of a camera and sharing about what he hopes to accomplish in Washington D.C. with his husband Pete. With no experience in the world of communications, leadership, or public speaking, a job like the one he received today was never mentioned.

KNP Communications does not list their client list publicly, instead stating that their clients include, “members of Congress, media pundits, presidential candidates, trade associations, and celebrities.”

The KNP website lists Buttigieg’s credentials: “ is a senior consultant specializing in preparing leaders, speakers, candidates (as well as their families), and teams, for work behind the scenes, on the stage, or in front of the camera. As a former theater teaching artist, middle school teacher, highly-visible campaign partner and vocal LGBTQ+ advocate, he brings a multitude of personal and professional experiences and perspectives to KNP’s clients, especially those with public facing roles.”

Buttigieg’s new role comes on the heels of the State Department’s announcement that Monica Medina, the wife of White House Chief of Staff Ronald Klain, was appointed to be a special diplomat for international animal and plant habitats.