The border wall was halted, but the wall at the Capital remained for six months. Madison Cawthorn has been highly vocal about his support for opening up the Capital and removing the wall around the Capitol. Benny Johnson, a Turning Point USA contributor, went on a tour of the Capitol wall with Cawthorn. The area is riddled with signs saying “Area Closed” and recently removed razor wire and National Guardsmen. In a famous quote by Cawthorn, “We are their Representatives, not their rulers.” Cawthorn was speaking about the people of the United States, and he was 100% correct.

The United States was created because tyranny was not sustainable. America was founded on a Representative Democracy, where Americans vote for the candidate that most reflects their values. That’s what it used to be, at least.

Nancy Pelosi has been a proponent of the wall around the Capital, but she is mainly out of touch with her voter base. Pelosi’s Congressional District is flooded with homeless people and a lack of resources. When Pelosi decides what orders her district will follow, she tends to break them. Pelosi was seen on security footage in her community not wearing a mask while getting her hair done at a local beauty shop. At the time, Pelosi had mandated that beauty shops be closed and everyone wore masks in public places. Pelosi is out of touch with reality and attempted to say she was “set up.” Pelosi set herself up.

If you remember, Pelosi said walls were immoral. They seem to be moral at the Capitol, but not the border. Pelosi seems to be content with placing a fence around the Capitol but doesn’t want a wall on the southern border. It’s astonishing!

The fence that has been put in place has cost taxpayers over $20 Million. Luckily, the fence deconstruction has begun, and it should take three days to come down. While security measures are still in place for the building, the Capitol fence will no longer be present. Sergeant at Arms William J. Walker has issued a memo to all members of Congress saying the wall will be removed on July 9th. Capitol Police say that there is no existential threat to the Capitol at this time. It turns out that walls work. Maybe the next step is at the southern border.

On January 15th, H.R. 339 was introduced, but it has not passed in the House or Senate. The bill addresses permanent security measures around the Capitol, saying, “This bill directs the Architect of the Capitol to install permanent fencing around the perimeter of the U.S. Capitol, taking into account specified factors relating to safety, security, access, and overall design. The fencing must be installed by January 1st, 2023.” Rep. Richie Torrez of New York introduced the bill.

Whether the law passes is undetermined, and ideally, it will not. A free society has the right to address its Governmental leaders. The Capitol isn’t some Castle that is off-limits to Americans. It’s a place where Governmental action takes place. That action should never be absent the people it represents. 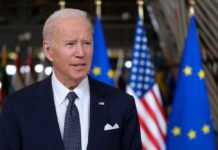 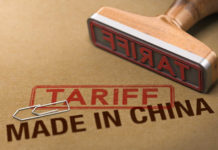