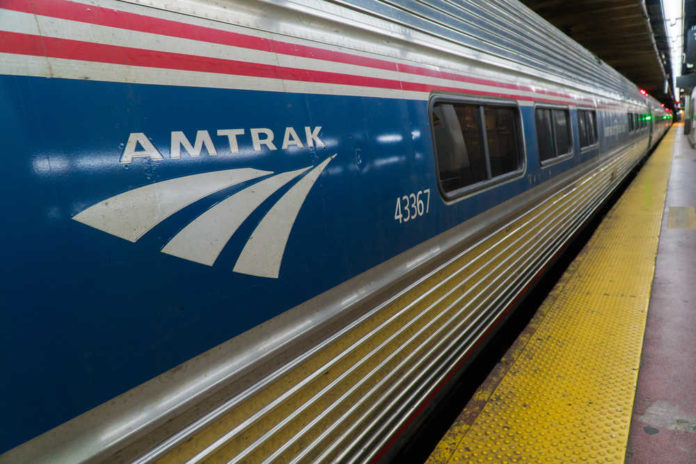 It appears that the Biden administration may be preparing to use Amtrak to transport illegal immigrants who cross the open southern border into the interior of the U.S.

A group of 19 House Republicans wrote to Amtrak officials to advise that the Biden Department of Homeland Security is preparing to use taxpayer funds to move migrants on its railway system.

The Biden Administration wants to use Amtrak to transport illegal immigrants into the United States.

The cartels no longer have to traffic illegals because Joe Biden is doing it for them.

The GOP members of the House Transportation Committee said the number of illegal border crossers would surge further with the repeal of the Trump-era Title 42 rule that required the expedited deportation of many illegal migrants.

The Republicans also said they are concerned that funds recently appropriated by Congress in the bipartisan infrastructure bill for railway improvements will instead be used to pay for transporting illegal immigrants around the nation.

They also urge Amtrak to focus on strengthening its existing network by “developing sustainable ridership” following lowered demand throughout the COVID-19 pandemic.

The letter referenced $16 billion in “advanced appropriations for Amtrak’s National Network (that includes the Sunset Limited) over 5 years.” The lawmakers cautioned that those funds are intended for upgrades and measures that will help make Amtrak profitable while returning to “full pre-pandemic ridership.”

The letter from the Republicans tells Amtrak that the impact of the surge of illegal immigration could lead to the “potential use of Amtrak in the Administration’s response to its self-created border crisis.”

The letter advises that Amtrak customers and freight traffic could be disrupted, “further exacerbating the supply chain crisis.” They also state that the use of the railway would “constitute an unconscionable use of significant amounts of taxpayer funds and resources to aid in the vast movement of illegal migrants into American communities.”

The lawmakers expressed “deep concern” that Amtrak’s resources will be misallocated, especially “those supporting the Sunset Limited route.”

U.S. Customs Border Protection officials announced last week that almost 200,000 illegal migrants were apprehended at the southern border in July. The total for fiscal year 2022 has risen to a record 1.94 million apprehensions, with more than a month remaining.

The number of encounters in July marks a 325% increase over the monthly average during the Trump administration.